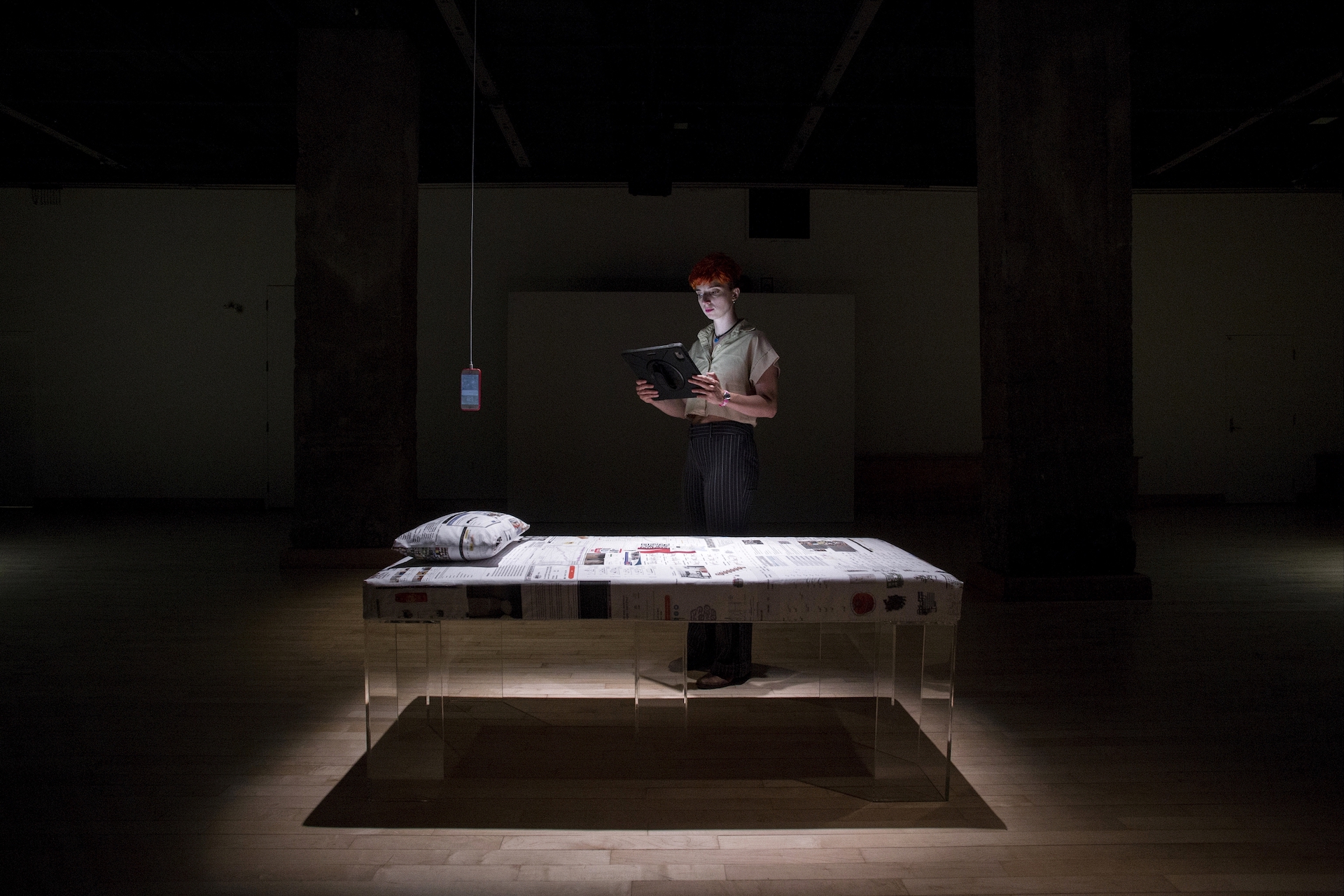 Rapidly rising rents, underpaid jobs, a crushing pandemic – these are just a few of the ingredients that have coalesced to create a global housing crisis of truly epic proportions. Driven by desperation and a lack of options, countless people are making tents, vans and microscopic spaces their permanent homes. These living situations are unsuitable, precarious, claustrophobically tiny, and devoid of dignity. It is estimated that 1.2 billion people worldwide currently live in these conditions.

In these lives on the edge, technology still permeates the fabric of their being and their homes. The virtual world has taken priority over the physical world, and devalued their humanity in the process. In this modern age, it’s more important to have a smartphone than a stable home.

LIFE IN A BOX is an extended reality project that portrays the imagined housing situations of people living in precarious conditions. It presents three virtual sculptures: a coffin, a minivan, and a tent. Though fictitious, the scenarios were inspired by the authentic stories of unhoused people from around the world. Each makeshift home has been stocked with all necessities its inhabitants need to survive, from blankets and food to clothing and cleaning products. Alongside these necessities there is the cloying presence of technology, both in the form of objects and in the textures that house them, each laden with meaning.

A single mattress on a transparent acrylic box and a smartphone hangs from the ceiling like a sword of Damocles. 360 binaural sounds recreate the background noise that is ever present in urban life, and the smartphone receives text messages every 30 seconds; the incessant notifications that tether us to our devices. A tablet and augmented reality technology allow viewers to intimately experience each of the scenes. By lying on the bed or walking around the space, viewers can explore the 3D objects that go some way to defining the virtual inhabitants.

LIFE IN A BOX builds on Desbiens-Desmeules previous work and shows how intensely enmeshed technology has become in our lives. The virtual world is now the primary space in which humans exist, and a smartphone and internet connection are now arguably more important than running water and a connection to the electricity grid, and the line between our digital selves and our physical selves is more blurred than ever.

LIFE IN A BOX combines a physical scenography with Augmented Reality (AR)
technology to present a mixed reality experience.
The bed is placed in the centre of a room with 4 speakers around it. An iPhone hangs from the ceiling.

The creation of this work was made possible thanks to the financial support of the Canada Council for the Arts.

3D Models: Life In a Box, The Minivan, The Tent, The Coffin. Cadie Desbiens-Desmeules. 2022